Dani worked at Geek & Sundry as a Production Coordinator, then continued with that role when the crew transitionned to Critical Role Productions LLC. Starting roughly during the filming of Campaign Two Arc 6: Weird Magic, Dani's job description was changed to official Lore Keeper of Critical Role. As Lore Keeper, she is in charge of protecting the canonical integrity of the world of Critical Role in its various iterations.[1]

Apart from her role as Lore Keeper, Dani has contributed to Critical Role in many ways. 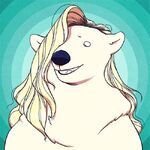